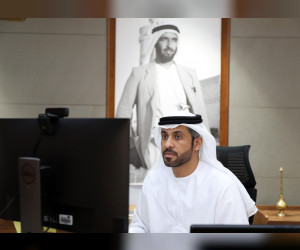 During a press conference held virtually today, the Cultural Programmes and Heritage Festivals Committee-Abu Dhabi announced the details of the festival’s new edition.

The festival is one of the major events organised by the committee in Al Dhafra, with a close follow-up of H.H. Sheikh Hamdan bin Zayed Al Nahyan, Ruler’s Representative in Al Dhafra Region, he added.

Obaid Khalfan Al Mazrouei, Director of the Festival and Director of the Planning and Projects Administration of the Committee, said the festival will feature 23 major competitions this year, which will present 293 prizes worth AED8.3 million.

Al Mazrouei explained that the festival will include many events and competitions held in its popular market, in addition to featuring traditional handicrafts, a theatre, various competitions, daily prizes and other exciting activities for all age groups.

The festival’s market will display handicraft items made by citizens for visitors, he added.