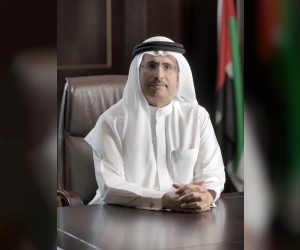 These innovative solutions also predict malfunctions of smart meters and pumps based on sensor data, in addition to automating the notifications that are sent to customers in the event of a potential water leak on their premises.

This enhances the competitiveness of Dubai, supports DEWA’s continuous efforts to reduce carbon dioxide emissions, and maintains its position as it surpasses major European and American utilities in several indicators. In 2021, water network losses were reduced to 5.3 percent, compared to 15 percent in North America, which is among the lowest rate worldwide. This enhances DEWA’s position as one of the most outstanding in all areas and among the top utilities worldwide.

Saeed Mohammed Al Tayer, MD & CEO of DEWA, noted that DEWA is working to reshape the concept of a utility through Digital DEWA, its digital arm, to become the first digital utility in the world with autonomous systems for renewable energy and storage, while expanding the use of AI and digital services. This supports the Dubai 10X initiative launched by His Highness Sheikh Mohammed bin Rashid Al Maktoum, Vice President, Prime Minister and Ruler of Dubai.

“We seek to achieve the objectives of the UAE Water Security Strategy 2036. We continue developing proactive solutions for the challenges of the next 50 years to make the UAE the world’s leading nation by its Centennial in 2071. This is by using our advanced smart grid and the latest Fourth Industrial Revolution technologies as well as effective governance practices to raise efficiency and develop unique experiences that make Dubai a global model for clean energy, water, and green economy. The state-of-the-art infrastructure of DEWA, adopting innovation and the latest tools for anticipating the future, as well as sound scientific planning, have helped it keep pace with the growing demand for water in Dubai according to the highest standards of availability, reliability, and efficiency. DEWA’s total production capacity has reached 490 Million Imperial Gallons per Day (MIGD) of desalinated water, including 63 MIGD using Reverse Osmosis (RO). The full length of water transmission and distribution lines has reached 13,592 kilometres across Dubai by the end of 2021. This helps DEWA maintain its services for more than three and a half million people who live in Dubai and millions of visitors,” said Al Tayer.

Among the most prominent innovations by DEWA using AI to enhance the efficiency of the water network is the ‘iService’, which utilises metre diagnostics data to detect service interruptions and initiate rectification procedures automatically; Metre Tampering and Fraud detection that is based on smart meter notifications; and the Hydronet project, that DEWA has developed to use AI and Deep Learning to remotely monitor and control the water network in Dubai.

The project can be integrated with any SCADA system and provides real-time insights into the current state of the network. It can also fix leaks in seconds without human intervention. This increases the efficiency of the water network and the pipeline isolation in Dubai, saving time and effort. The project has won the Silver Team Idea of the Year award at Ideas America 2020.

DEWA also provides the High-Water Usage Alert under the Smart Response initiative to help customers detect leakages in water connections after the meter. It sends a text message to the customer in case of an unusual rise in water consumption.