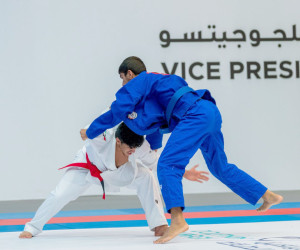 ABU DHABI, 12th August, 2022 (WAM) — The UAE Jiu-Jitsu Federation (UAEJJF) announced that it will be hosting the Vice President’s Jiu-Jitsu Cup on 10th and 11th September, 2022, at the Al Nasr Club in Dubai, with the participation of leading local clubs.

The tournament, which is the second leading local tournament on the UAEJJF’s calendar, will feature exciting competitions in the adult, youth and junior categories, with participating clubs competing for the title.

Mohammed Salem Al Dhaheri, Vice President of the UAEJJF, said the federation is continuing to exert significant efforts to promote the sport in the country, noting that the Vice President’s Jiu-Jitsu Cup is among the major tournaments that prepare rising talents to compete in prominent regional and international competitions.

“The tournament’s objectives are aligned with the UAEJJF’s objectives, which focus on the constant development and training of talents, in line with the directives of the UAE’s leadership,” he added.

Registration for the tournament, which has so far attracted more than 100 competitors, will remain open until 5th September, 2022.

The UAEJJF is allocating prize money totalling AED270,000 for the top three winners in the adult category, AED240,000 in the youth category, and AED210,000 in the junior category.