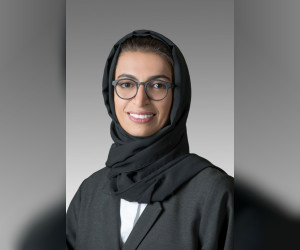 ABU DHABI, 18th August, 2022 (WAM) — Noura bint Mohammed Al Kaabi, Minister of Culture and Youth, stated that the directives of H.H. Sheikh Abdullah bin Zayed Al Nahyan, Minister of Foreign Affairs and International Cooperation, to intensify efforts to promote the national identity, Emirati culture and Arabic language among students, indicate how the UAE leadership prioritises them as being critical to educating young people and preparing them to be future leaders and responsible citizens.

“Their curricula, educational programmes, teaching methods, activities, events and initiatives are directed at introducing students to various facets of national identity in actual practice and help inculcate a sense of attachment and pride for their nation. This, in turn, helps preserve their identity in a multicultural world around them,” she noted.

Al Kaabi emphasised that promoting national identity, Emirati culture, positive values and the Arabic language among young people is not just the responsibility of schools but should be fostered by every person.

“The family plays a pivotal role and is as important as the educational institutions in instilling national and cultural identity of the Emirati society. The family provides the first learning grounds to imbibe cultural values and national identity. It is the responsibility of parents to raise their children in a way that they are worthy of upholding the national flag. This would also lay the foundation of a cohesive, close-knit, and creative society,” she said.

She pointed out that the Ministry of Culture and Youth, through its various programmes, is committed to promoting these directives and values, explaining that the National Framework for Emirati Cultural Activities in Schools, which was announced earlier, includes a set of school policies and standards for Emirati cultural activities aligned with the academic curriculum. It also includes social activities, traditional sports as well as cultural trips that help enhance young people’s connection with their homeland.

She stressed some of the programmes launched by the ministry that serve these objectives include the National Reading Month, initiatives related to cultural tourism and promotion of the Arabic language, such as the launch of the UAE Declaration for the Arabic Language, which includes ten points, and the very first of those is the role of Arabic in affirming the national identity.