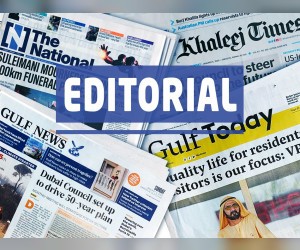 “But the move is particularly significant in the broader context of the UAE’s continued efforts to build a post-pandemic economy that is robust, diversified and durable,” The National said in an editorial on Friday.


Bonds worth AED1.5 billion ($400 million) will initially be issued in two, three and five-year tenures. This is an understandably modest beginning for dirham debt markets compared to what is on offer in US dollars, the world’s de facto currency, whether by individual emirates or other sovereign nations around the globe, and therefore can attract a wider pool of investors.

The paper added, “However, the issuance of dirham-denominated certificates will have long-term benefits, as it is expected to boost the local financial and banking sector in the long run and provide safe investment alternatives for investors both local and foreign.

As Vijay Valecha, Chief Executive of the financial services firm Century Financial, said, “Developing a local currency bond market will allow for the provision of a safe investment vehicle in dirhams, hence increasing the currency’s liquidity. This, in turn, is expected to raise demand for the dirham in the GCC region.”

It continued, “The Finance Ministry’s move comes six months after it began issuing sovereign bonds, in US dollars, for the first time in the history of the federation. It put in place a national bond programme, building on each emirate’s own debt issuances. Any debt programme, open to local, regional and international investors, not only diversifies revenue, it also increases levels of transparency and efficiency. The reward for this will be the ability to borrow at cheaper rates.

“It also provides another building block to the federal structure.

“As the UAE, like every other country, looks to maximise the opportunities in the post-pandemic recovery, these bonds are expected to provide an additional source for the federal government. It had already introduced Value Added Tax in 2018, and is set to put in place a corporate tax regime in 2023.”

On Thursday, moreover, the Abu Dhabi Global Market, the emirate’s financial centre, issued a “consultation paper” to seek feedback on a raft of proposals it has made to enhance its capital markets and the virtual asset regulatory framework.

The continued advancement of the financial system should be viewed in the wider context of the UAE’s endeavour to build an economy geared towards the decades ahead.

Even before marking its 50th anniversary last year, the country had been shifting its focus to the next half century. With the COVID-19 pandemic having fast-tracked a number of changes in the way we live, work and do business, the government has shown great agility in building its digital economy, service industry and post-oil future. It has also enacted a series of legislations over the past two years with the purpose of making the UAE an even more attractive destination for investors and workers from around the globe.

The Abu-Dhabi based daily concluded by saying, “Wednesday’s announcement is another important step that the country has taken towards building bonds for the future.”