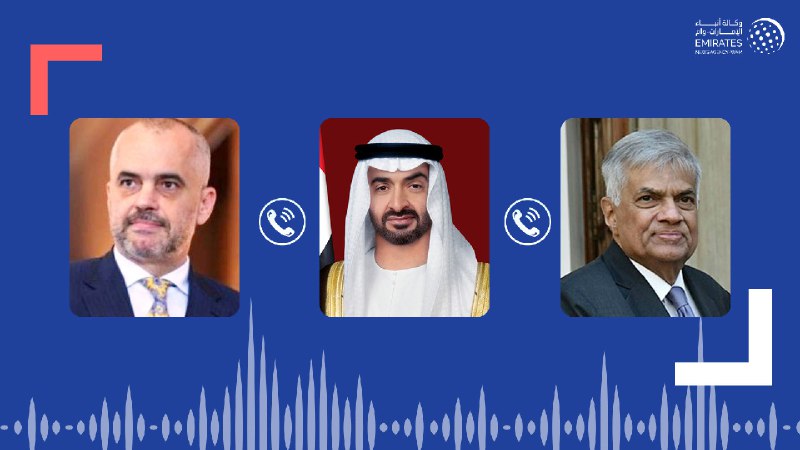 ABU DHABI, 20th May, 2022 (WAM) — President His Highness Sheikh Mohamed bin Zayed Al Nahyan today received two phone calls from Prime Minister of Albania, Edi Rama, and Prime Minister of Sri Lanka, Ranil Wickremesinghe, who offered their condolences on the passing of Sheikh Khalifa bin Zayed and noted the virtues of the late president, as well as his track record of national achievements.

They also congratulated Sheikh Mohamed on his election as President of the UAE and stressed their keenness to advancing cooperation and coordination with the UAE over the coming period.