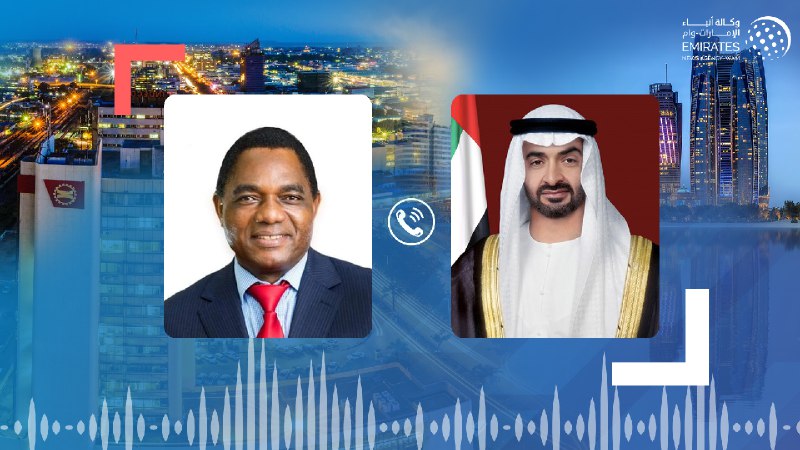 ABU DHABI, 28th May, 2022 (WAM) — President His Highness Sheikh Mohamed bin Zayed Al Nahyan has received a phone call from President Hakainde Hichilema of the Republic of Zambia, during which he extended his condolences on the passing of Sheikh Khalifa bin Zayed.

During their conversation, President Hichilema congratulated Sheikh Mohamed on his election as UAE President, and wished him success in leading the country towards more progress and prosperity. He also expressed his keenness to strengthen UAE-Zambia relations in the next period.

Sheikh Mohamed thanked the Zambian President for his sincere feelings, wishing him continued wellbeing and more development and prosperity for his country.