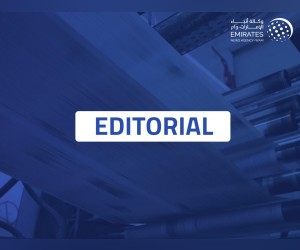 ABU DHABI, 6th July, 2022 (WAM) — Across the world, governments are having to take swift, large-scale action to help people deal with economic crises bearing down from a number of quarters, a local newspaper said.

“The situation in the Gulf is little different, although perhaps not quite as critical for now. This is in part because authorities have been quick to identify support that is needed, and generous with the resources they offer,” The National said in an editorial on Wednesday.


The UAE has always looked after all of its citizens, particularly when it comes to the crucial fields of education, housing and healthcare. Nonetheless, President His Highness Sheikh Mohamed bin Zayed Al Nahyan has announced a doubling of social support funding, raised to AED28 billion ($7.6bn) for eligible Emiratis with low income.

The support will also cover essential areas such as housing, food and fuel, among other subsidies. There are support payments for specific members of a family and the unemployed, too.

Fujairah resident Mohammed Ahmed, 41, who earns AED6,000 a month, described it as a “wonderful decision that will benefit us all”. The UAE is also working at supporting those less fortunate elsewhere, most recently sending aid to Afghanistan and setting up a field hospital with 75 beds and two operating rooms to help those injured in last month’s earthquake.

In Saudi Arabia, the government is spending SAR20bn ($5.33bn) to protect citizens from rising inflation. Half the money will go to people on social security, the other on stockpiling key goods to prevent disruption to supplies.

The Kingdom is also lending its support elsewhere. Last week, Riyadh revealed that it would send a $600bn aid package to Yemen. Most of that is going towards development projects in six sectors, including energy, health and education. A remaining $200 million will go to providing fuel for power plants.

On Monday, The National reported that non-oil private sector business activity in the UAE and Saudi Arabia continued to improve in June. The International Monetary Fund expects economic growth of 4.5 percent in Oman this year, a result of effective fiscal reforms and high oil prices. Qatar’s economy has grown by 2.5 percent in the first quarter of 2022.

The Abu Dhabi-based daily concluded by saying, “Economic hardship is inevitable this year, but the effective response of governments around the world is not. So far, it appears GCC economies have heeded early warnings in coming to the aid of their citizens.”