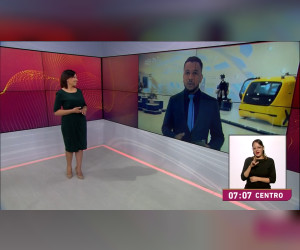 In this regard, the Mexican channel “Once Noticias” broadcast a video report on Dubai’s Museum of the Future, the most beautiful building on earth, in the first joint cooperation that continues weekly between WAM and the prestigious Mexican channel, which has more than 30 million viewers.

The Emirates News Agency’s correspondent in Spanish appeared in a live broadcast from the Museum of the Future in Dubai, speaking to the channel’s viewers about this unique and iconic landmark, which is the largest platform in the region for the study, foresight and design of the future.